The company organized activities in the wilderness development of Bixue Lake

In this temperate climate, Manston Elevator organized a group of outings for colleagues - the wilderness of Bi Xuehu. Looking at the pleasant scenery along the window along the way, the mood is so pleasant. Seeing the green hills and the blue sky, the mood of the whole person is relaxed. The air of nature is so fresh, experiencing the infinite scenery of nature, and letting us put down the pressure of work and make the body and mind exhausted. Got a relaxation.

At 3 o'clock in the afternoon, we arrived at the hotel in the evening, and at 5 o'clock in the evening, we set off for the Bixue Lake Farm. The bus was driving on a country road. Hey, the scenery was picturesque and beautiful, and even the air seemed to have the fragrance of the earth. Less than half an hour, we arrived at the Bixue Lake Farm. There is a century-old tree at the entrance of the farmhouse. It is a huge artificial stone wall under the tree. It is written on the “Bixue Lake Ecological Farm”, and the farmhouse is hidden behind the tree. The antique buildings are scattered and give One kind: "There is no way to reclaim the mountain and heavy water, and the village is dark and bright." The first thing to go to the farm is to eat, haha, it is suitable for me to eat. After dinner, everyone wandered around the farm in twos and threes. The farm actually had an alpaca, an alpaca that can move freely on the farm, and it is not afraid of life!

The next morning, Hang sister, who lived with me, was screamed by Sun Hongjun next door for a night and didn't sleep well, and I had invincible sleep, and I couldn't sleep outside until I was affected by external forces.

The first activity in the morning was live CS. We split into two teams. The coach gave a command, and we started the defense of the territory. The first round of my team's mission was the defensive team. I hid in the bushes under the cover of the branches. Killed several "enemies". After two rounds of battle, the big guys were sweating, but they played very high, and everyone was not happy. However, the time relationship can only be played for a while, the coach reported several high-scoring players, and there are also many "female men" on the list, which is worthy of "the eyelashes are not allowed."

The second activity tested the cohesiveness of our team. The coach commanded us to form a circle, holding the hemp rope that was tied into a circle, and the body leaned back. Then the two strong men in the team supported a team member to walk in the air on the hemp rope. This activity is not fun, and it is very tired. When people walk on the hemp rope, the "screams" along the way are one after another, because the players under the rope must bear the weight of the players on the rope, especially the pressure of several lesbians. Shanda, but in order not to let the teammates hands, everyone sticks their teeth.

The afternoon activities are: dragon boat racing and diving. We divided into four groups for the dragon boat race. Under the coach's order, the dragon boat did not slide in the water as expected. A dragon boat was all in the water, like the ants on the hot pot. Seeing this situation, the audience on the shore was anxious, various suggestions, the squad in the water also carried out an emergency "meeting", the captain assigned the task of everyone, the teammates behind the ship took the helm to control the direction, the front teammates paddles cross slide In this way, a small boat broke the "curse" of the original step and galloped forward. The game was not over yet, and the players were playing with each other. The two similar ships actually played the water fight. When they landed, they all became "falling chickens."

Unconsciously, the expansion activities have come to an end in the laughter and laughter, and we all gathered to open the banner to take pictures and keep this good time.

This expansion activity not only reflects the excellent corporate culture and humanistic quality of Manston Elevator, but also provides opportunities for employees to appreciate the beautiful scenery in the wild, delight the soul, cultivate the sentiment, and enhance the cohesiveness and attribution among colleagues. Feeling, let everyone feel the care of the company's leaders for employees, many employees have expressed their willing to work with more full enthusiasm and better conditions! 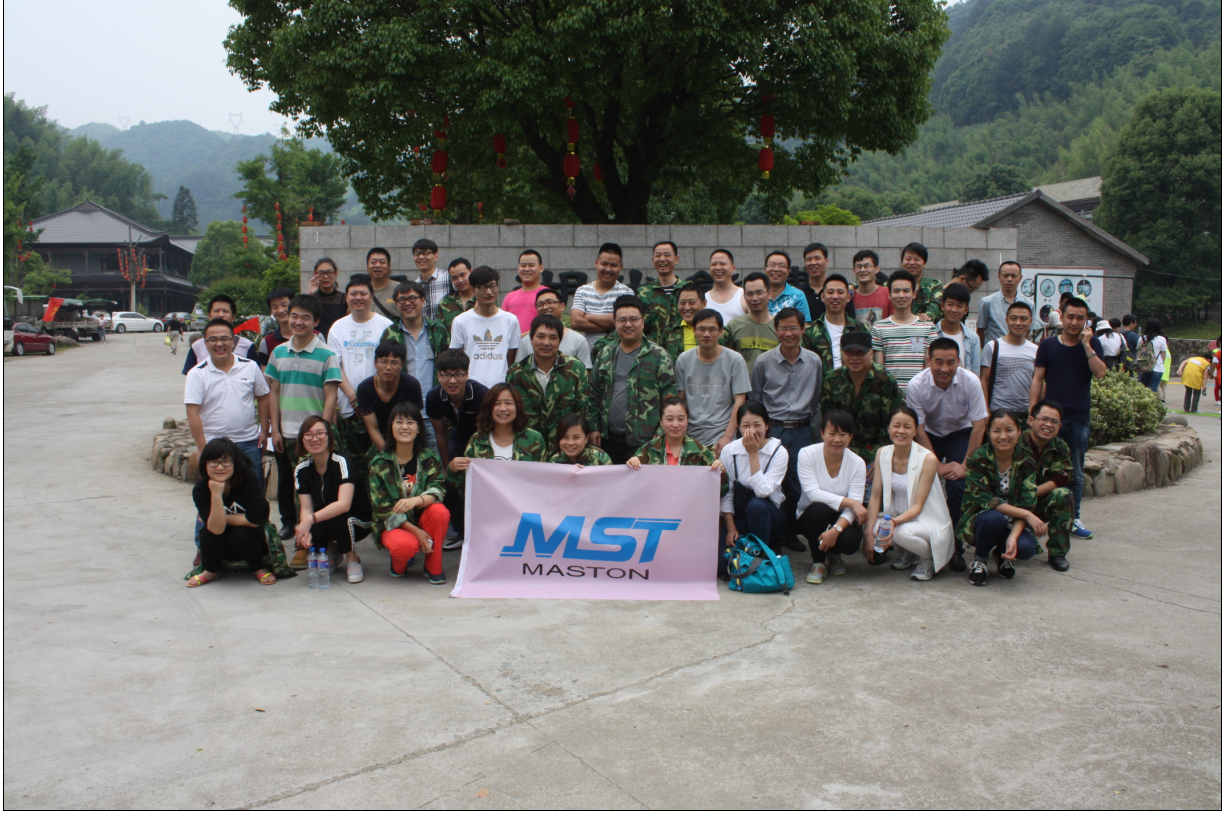 Previous： MASTON Elevator held a meeting on quality management and safety production for the design, manufacture and construction of electric/elevator Next： The company organizes employee activities "Siwuling Mountaineering"